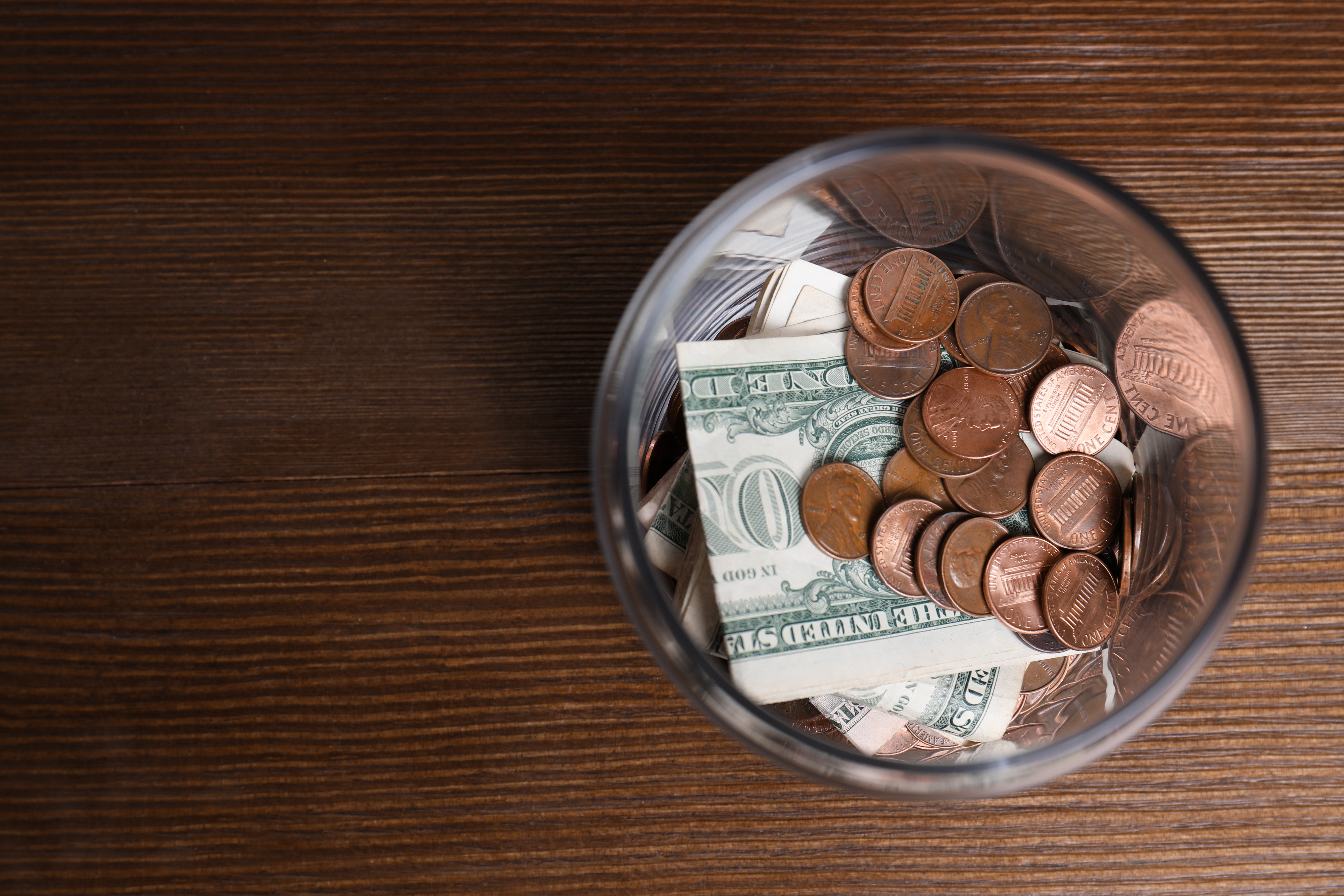 Saving money doesn't require extreme measures. Most of us leak money all the time through dozens of small losses that add up to big losses. It's about plugging the holes. Here are some money-saving tips anyone can use.

Get rid of little losses that seem too small to notice. That $5 subscription for software you no longer use, library fines for overdue materials, unreturned items you never use, all add up to a drain on your bank account.

Set back your thermostat

The U.S. Department of Energy says the average homeowner spends $2,060 on energy bills per year. You can save 10%—$200—by keeping the thermostat at 68 during the day and lower at night. This strategy doesn't have as big an impact if you have a heat pump system or are in a severe climate.

Use a credit union

Think of it this way—at fancy hotels you sleep on used sheets, and at a posh restaurant you eat from used dishes. Why not buy used jeans that cost $10 instead of the $50 ones that look exactly the same (wear and all)?

Buying used clothing also creates a huge reduction, in the emissions that cause climate change and in the creation of human toxins (such as for polyester clothing).

Use public transit where you can

Studies show that the cost of Transportation Network Companies (rideshares) is upwards of $35 an hour. However, unless you're traveling in suburban areas that lack public transit, these rides only save $14 per hour worth of transit time. The difference in cost from a bus or train trip compared to a TNC ride is $10 and up.

More data is being streamed and broadcast than ever before. Most of it is easily accessed through your smartphone. However, about 90 million people still pay $100 plus per month for cable because it's bundled with their internet. There are many high-speed internet options for less than half that price.

People from all generations admit that one of the biggest ways they waste money is the food they throw away. In fact, Americans toss more than 40 percent of their food, $165 billion worth of uneaten food. That works out to about $500 per person per year. More than

80% of Americans may be tossing out perfectly good food because they misinterpret, or take too seriously, the expiration dates.

Solutions can include careful meal planning, having a shelf just for perishables and not letting any of them go "too far" before consumption, and buying less at the grocery store.

Many people spend way too much on their cell plans. Among the ways to drop the bill, a lot, are to switch to a prepaid plan, which spares you about 18% of the cost that comes in taxes and fees. If you're not ready for a prepaid plan, at least get a no-contract plan which separates the purchase of a phone from the use of one. You won't get deep discounts on your phone every two years, but do you really need a new phone every two years? Also, make sure you have the right amount of data and that you're not loading your phone up with unused apps and game subscriptions. Finally, check your monthly bill for any hidden costs that shouldn't be there.

Get a money saving app

Apps like Acorns and Stash round up money from each purchase to the nearest dollar and tuck it into an investment account. As a consumer, you never even miss it, then one day you check your account and voila! You have money.

If you bought a car from a dealer, without advice from a financial expert, you might be paying too much. If you bought an insurance policy or got a mortgage when your money was a little tight and credit new, you might be able to get better terms now. Better terms and rates on your loans could save you thousands. Visit with a financial advisor or credit union representative and have them help you examine your finances for big leaks.

Don't hide from your finances

Many people feel better not knowing how much they have or how much they're spending. However, this means there's always a nagging fear that your card might be declined, or you actually can't afford to go out for dinner and pay rent. Take the stress out. Make it about intelligent strategy and building your future rather than living in the secret angst of financial Never-Never Land.

Don't be a miser

Buy an ice cream; go on vacation; get your sibling a really nice birthday present. Being smart with your money is one thing, but you earn the money to use and enjoy. Miserliness is as much an unbalanced approach to money as excessive spending.

Finding ways to save money, and channel it into things that really matter to you—like savings, a home, travel—make hunting bargains into a game. With this list, you could save tens of thousands of dollars, depending on your current spending. See where you can plug up the leaks and start planning what to do with all your extra money!